I don’t work for Mailbox. I don’t know anyone at Mailbox. In fact, I’m working on an email app for iOS of my own.

But today, the media shed some light on what the people behind Orchestra are working on. It’s pretty cool. But there was one section that caught my eye in TechCrunch’s coverage:

When I read that line, I didn’t think “what? No label support?” Rather, I realized that the Mailbox team are truly out to do something different. You see, you can’t fix a problem, beat a company, or even move an idea forward by simply duplicating and reskinning what already exists.

Take Facebook for example. It is the social network. With over 1,000,000,000 users (typed it out for the dramatic effect), it’s safe to say they did something right. But there were social networks before Facebook. Myspace (still breathing) and Friendster, to name a few. But what was one significant difference between Myspace and Facebook? The lack of page customization. 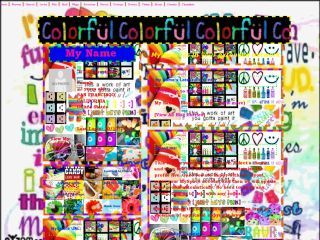 For some, the site-wide static look and feel of Facebook was a turn off. People wanted to “express” themselves and show their inherent creativeness. But I believe it was Facebook rethinking things. I believe Zuck and the rest of the founding team believed that the point of a social network was to socialize within your network and on some occasions, grow it. It was not to make your page illegible by having pink text on a pink background. Facebook didn’t invent social networking, but they sought (and still are) to reinvent it.

I also believe Mailbox seeks to do the same thing in the mail atmosphere. The first email was sent in 1970. That makes the technology nearly half a century in age. Mailbox didn’t invent email, but they’re trying to rethink some elements of it. Labels seems to be one of the focal points.

Mailbox is simply making that process quicker and more straight-forward. Instead of fooling yourself into thinking you’ll tackle this today, simply mark it to reappear tomorrow or next week – when you’ll actually respond. Do that a few times, and you’re at inbox zero <– feels good. 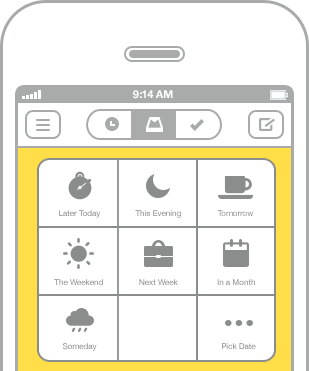 So although I have my questions, naturally (like what happens when the emails reappears? Do you delay again? Doesn’t that mean procrastination?), I like what the Mailbox team are up to. They’re really out to rethink the mailbox.

And, it makes great competition for Evomail. We’re out to change the way you think, perceive, and ultimately use your email.

Today, my friend Sam Soffes launched Cheddar, his task manager app for iOS. It’s different. For one, it supports Markdown and Twitter like hashtags. Also, and most importantly, I actually use it. There are many to-do apps out there, but... Continue →